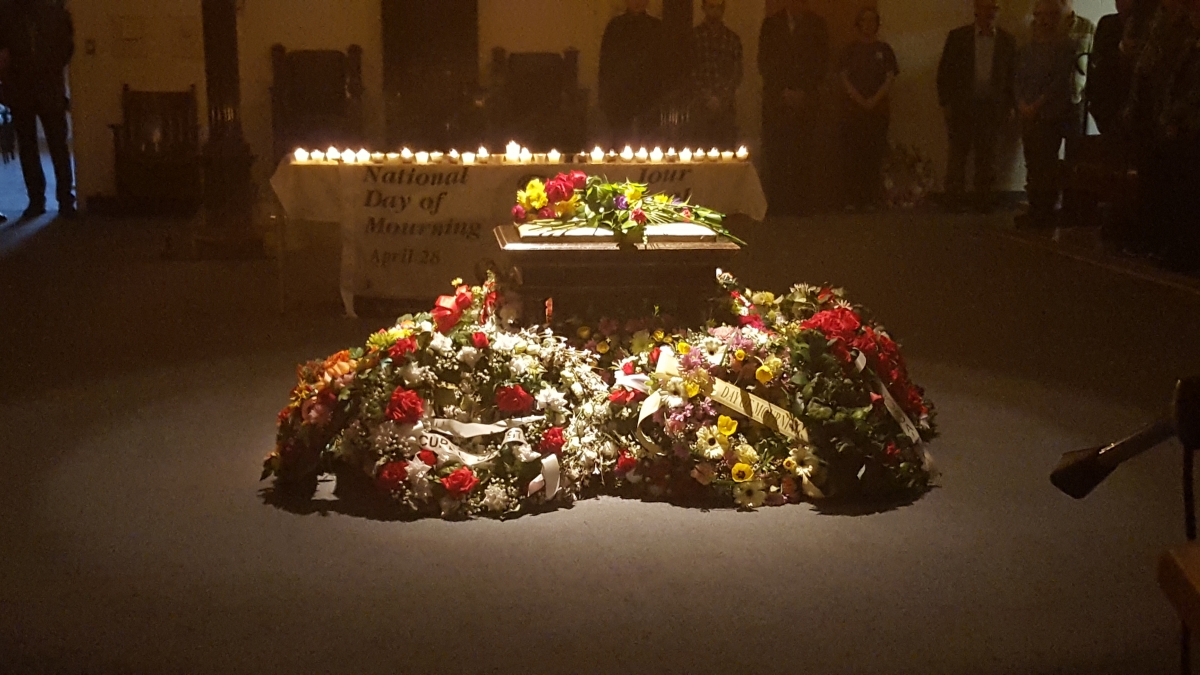 Every year on April 28th, the SDLC organizes and hosts and candlelight and wreath-laying ceremony to remember those workers killed on the job or those who have died because of their work.

Why Day of Mourning?

In 1991, eight years after the day of remembrance was launched by the Canadian Labour Congress, the Parliament of Canada passed the Workers Mourning Day Act making April 28 an official Day of Mourning. Today over 100 countries participate in events that remember fallen workers.

Unfortunately the annual observance of this day has not made Canada safer for workers. Tragically, in 2017 48 Saskatchewan workers died because of their work. In Canada each year, approximately 1000 Canadians lose their lives as a direct result of their work. We know the numbers are higher because official figures only capture those who received workers’ compensation benefits. Hundreds more die from under-reported illnesses and occupational diseases that go unrecognized in the compensation systems. According to the International Labour Organization (ILO) every 15 seconds around the world, a worker dies from a work-related accident or disease. Every 15 seconds, 153 workers have a work-related accident.

The National Day of Mourning is the day that workers and unions mourn for the dead and fight for the living. This day is about remembrance. It is important to never forget the ultimate sacrifice workers can pay. This day is also about hope – hope for a future with safe workplaces and no lost workers.